- June 21, 2008
A few months ago, my former editor at Nomad (hi, Lauri!) recommended me for a job writing a book proposal for Scott Rigsby, the first double-amputee to complete an Ironman. He was featured on NBC's 2007 Ironman special-- a great show, which you should definitely watch if it reruns again. I'm no sports person, but this was a human interest piece to the extreme. Great stories.

So that's what I've been doing these past few months: working with Scott to get this book proposal ready. Slowly. (Yeah, this balancing-motherhood-with-writing stuff is still a huge challenge to me.) How lucky am I to have found a person who doesn't mind being interviewed at midnight?

The proposal is just about done, and I can't wait to see where this book lands. A few publishers are already interested, just based on the pitch, but I suspect a lot more will be excited about it once they read this proposal. It's the longest one I've ever written... closing in on 60 pages. I thought it was important to write three full sample chapters on this one, which I've never done before. I wanted to give a sense of the highs and lows of the story, which is hard to do in just short snippets.

Anyway. The reason I'm mentioning him now is that he's a top-10 finalist in the Energizer "Keep Going" Hall of Fame, which will be decided by online votes. It would be a great accomplishment for him to win it, so I'm asking you to click on over and vote for him if his story inspires you. You don't need to register, and you can vote once a day. Right here.

You can also learn more about Scott at www.scottrigsby.com. He's a very cool guy.

Also want to give a shout-out to my friend Kimmi, who just SOLD HER AWESOME MEMOIR, currently titled The Unbreakable Child. 'Bout time.

And some more Sarina pics. ;) 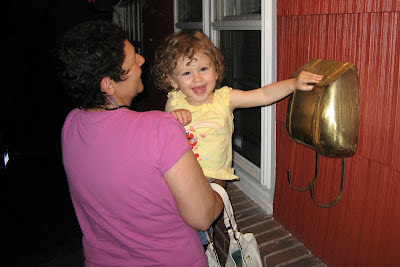 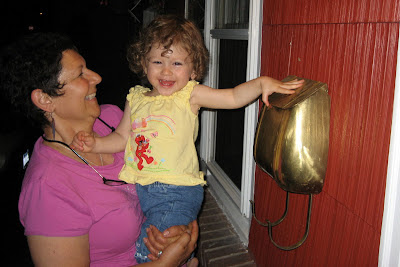 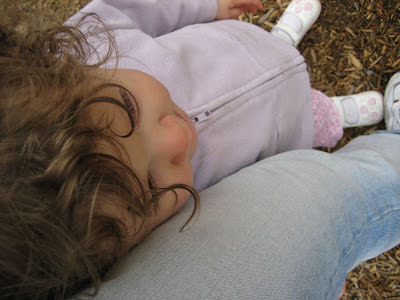 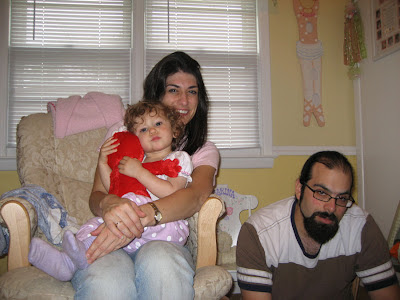 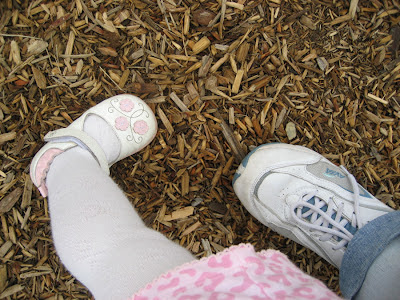 She's more and more affectionate these days. She's very into the "leg hug," and squeezing really hard around the neck.

New-ish feats: she signs to me to let me know when her diaper is dirty, she's starting to dance, she's attempting to feed and offer drinks to her stuffed animals, she blows kisses to strangers, she removes her high chair tray and says, "Done!" as it falls to the ground (naughty, naughty), she knows how to use keys, she sticks things into the VCR (already?! Sheesh. This thing is going to be filled with crayons within days, I know it), and she writes with a pen.

Also, she's reading. I know, now I just sound like a show-off, but I kid you not. Without my coaxing, she started pointing to words and reading or signing them. I've heard her do "all gone," "milk," "done," and a few others. She also recognizes some letters-- the ones that show on her alphabet mat that I mentioned several posts ago. There are toys on top of the mat, so only certain letters are showing on the floor. When I ask her to find the letter R, or Y, or O, she goes right over and points to it.

And that's all the news that's fit to print today.
publishing Sarina writing