Showing posts from 2013
Show all

Congratulations to Jennifer Kennedy! Random.org chose you as the winner of the BlissLights green Spright. Hope it helps to light up your holidays!
Read more

BlissLights: The Easiest Christmas Lights Ever On Halloween, we admired a neighbor's house-- it was lit up with thousands of tiny green lights. Looked a lot like this: On first glance, it looked like she had hung icicle lights all over the house, but when we got closer, we realized the lights were projected from a small device on the edge of her walkway: "BlissLights," it read. I asked the woman who owned the house about it and she said, "Aren't they great? I found them on QVC. When it's Christmas time, I just add the red lights, too." Not only did I think it looked great-- like stars in the night sky-- but it dawned on me that this was exactly what I wanted for my new house. This marks my first year as a single homeowner, and it hasn't gone as smoothly as one might hope in my situation... mold in the kitchen cabinets, a contractor who ruined my floor, a broken washing machine, no heat... the problems have seemed never-ending, and most of them are beyond my abilities to fix. I pride myself
Read more

Common Core and What I Believe: An Open Letter to Our Education Department from a White Suburban Mom

Politicians are excellent at saying deeply stupid things. Recently, US Secretary of Education Arne Duncan was defending the much-hated Common Core when he said, "It’s fascinating to me that some of the pushback is coming from, sort of, white suburban moms who-- all of a sudden-- their child isn’t as brilliant as they thought they were and their school isn’t quite as good as they thought they were, and that’s pretty scary." Hi, Arne. Thought I'd give you a little educating of your own. When I was pregnant with my daughter, I prayed what lots of people might consider a strange prayer: "Please let her be smart, but not too smart." I was on the verge of "too smart" in early elementary school. I was the smartest in my class most of the time, and I did feel isolated and different. I didn't want that for her. Now let me tell you what I got: a child who is far more gifted than I ever was. She asked me to teach her to read when she was 2 and to
Read more

"What do you do?" the farmer asked me. "I'm a ghostwriter." "THAT'S SO COOL." "It pretty much is." "We're going to do a haunted house here in the fall. I should hire you to write a script for it." It should have occurred to me then what he thought I actually did for a living, but it didn't. I just nodded with a bit of confusion-- because I've never been to a haunted house that actually had a script-- but it took until much later for me to realize that he thought ghostwriters write stories about ghosts. I thought that was just a funny one-time occurrence until two other people recently asked me questions about ghosts and haunted houses. So I thought it was time to put this out there: Ghostwriters don't write stories about ghosts. We write books (and articles, blog posts, whatever) in other people's voices. We're called ghostwriters because we're meant to be invisible-- the books are not &
Read more

By now, you've probably heard about the teenagers who trashed Brian Holloway's former home, but just in case: Former NFL player Brian Holloway lives in Florida now, but still has temporary ownership of his former residence, 742 NY #43 in Stephentown, NY. His son found out via Twitter that a bunch of kids had broken into the house and were throwing a huge-- and destructive-- party. The kids were taking photos and bragging about it on Twitter in real time. Police showed up and broke it up, and Brian understandably freaked out. Then he did something that drew a ton of attention: Instead of just pursuing criminal and civil charges, he called out the kids and their parents online, reposting their photos and naming names. And he invited them to redeem themselves by showing up to help him clean up the damage. While plenty of locals have shown up to help, only one teen from the party and one parent showed up the first day, and four showed up on a second clean-up day. Brian has be
Read more 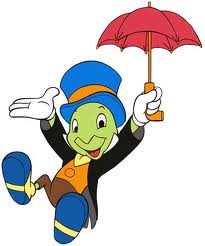 My recent move has been... well, eventful. It's been one of those experiences where you shout-sing Kelly Clarkson's "What doesn't kill you makes you STRONGER" as you're spackling and power-drilling and unclogging and fixing. One of the first things I wanted to take care of when I got here was an alarm system. I did my research and decided that SimpliSafe would be my best option: You own the system, no contracts, and it's simple to install yourself wirelessly. The company agreed to let me review the system for this blog. (Hey, thanks, guys.) As soon as it arrived, I began setting up the sensors, then the keypad and alarm. Just an hour after I got it all set up, one of the sensors started to chirp. Dang. I walked over to it and couldn't figure out what was wrong. So I did what reasonable people do in these situations: I gave it a little smack. It stopped chirping. Solved! I went back to work, but a minute later, the chirping started again. I adju
Read more

Well, yes, you knew I'd have an opinion about this one! If you've missed the hoopla, here's the abridged version: A 16-year-old girl got very drunk at a party. While she was unconscious, two boys at the party raped her, and more than a dozen party-goers watched, took pictures and videos, bribed each other to urinate on her, joked about it on Twitter, etc. The rapists were football players and the coach and town nearly let the whole thing slide, if not for this amazing blogger named Alexandria Goddard , who spent hours taking screenshots of the Twitter posts that provided evidence of what had happened and the bragging and laughing that happened after it. People were convinced she was dead and didn't care. People said she deserved to be urinated on. People laughed about the fact that she was being raped. The blogger received death threats and was sued by one of the boys who participated, because, you know... football. Again, somehow the ability to run across a fie
Read more
More posts