Showing posts from July, 2009
Show all

Holy Pineapples, I Own a Dyson 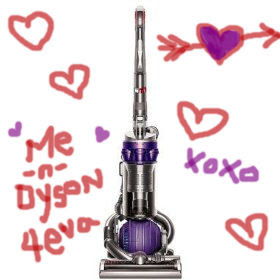 It started about 10 years ago, when I became a homeowner for the first time. I inherited my grandparents' old Electrolux canister vacuum-- which worked just fine, but was a serious pain to lug around and vaguely smelly, and by the end, was being held together with duct tape. May it rest in peace. What I had heard was that there was this magical vacuum called a Dyson that made people-- otherwise sane people-- actually like vacuuming. It was the strangest thing I'd ever read. First I figured they were members of Mr. Dyson's immediate family, but it was just too widespread. His family would have to be speed-typing insomniacs to write all those reviews. How in the world could anyone actually write out loud that they LIKE vacuuming? , thought I. And it went even further than that; people actually wrote words like "I love my vacuum!" and "Vacuuming is fun now!" It was just crazy enough that I decided then and there that someday I had to own a Dyson. A neigh
Read more

...to see something about Nick Markowitz on TMZ. I tend to forget that this is a "media-interest" case because it's become very personal to me. But it was a movie, and stuff that gets made into movies... winds up on TMZ, I suppose. It's just an odd clashing of cultures. I watch TMZ and other such entertainment shows from time to time when I need to completely turn off my brain and feel jealous of some celebrity in a bikini, or feel smug because I have my life put together better than Amy Winehouse and have not yet had my nose fractured by walking into scenery at the Tony awards. I check in on Brangelina's brood and find out what antics Richard Simmons is up to. I don't go there to find out about a 15-year-old murder victim. And when I saw an online caption, I secretly worried-- were they going to say something tasteless as usual? Nope-- just the quick facts about Jesse James Hollywood's guilty verdict. What a relief. Same with the other entertainment si
Read more 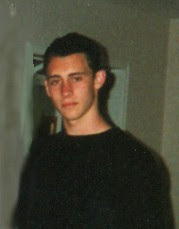 The last picture taken of Nick Markowitz Today, a jury convicted Jesse James Hollywood of first degree murder and kidnapping. This conviction comes nine years after the crime: the murder of 15-year-old Nick Markowitz. He will be sentenced next week, and the only options are life in prison, or the death penalty. Given those options, I can say just one thing: YIPPEE!!!!!!!!!!!!!!!!!!!!!!!!!!!! All the way on the opposite end of the country from the courtroom in California, I couldn't be there. Instead, I stayed on the computer, with 85 tabs open so I could refresh, refresh, refresh every potential source that might break the news first. A woman on the Honoring Nick Markowitz group announced it first... I cried when I saw the word "Guilty." Nick's parents, Susan and Jeff, have had to wait nine long years to talk about this publicly; all that time, either a judge or the DA's office had asked them to remain silent. There were four other trials before this one,
Read more

Several months ago, Susan Markowitz contacted me to ask if I'd help her write her memoir. Her only son, Nick, was kidnapped and murdered when he was 15 years old. This was the basis of the movie Alpha Dog , which starred Justin Timberlake, Sharon Stone, and Bruce Willis. After seeing the movie and reading about her story, I knew this could be the most important book I'd ever write. Susan spent several years in and out of mental hospitals and attempting suicide. As she explained it, each time she told her story in a group, suddenly everyone else realized they didn't have any real problems. Susan's first letter came to me one day after I was in court fighting for custody of my daughter, and I was very down. It was as if God was flicking me in the head and saying, "Here's some perspective for you." I hate that Susan has to be that perspective. But nine years after losing her son, she is remarkably strong and put together, and ready to do great things. This
Read more
More posts