- June 17, 2014
I'm an infrequent Tweeter. Don't spend much time on Twitter, but I recently read about the #YesAllWomen movement and realized I had way too much to add to it. I chose one story I thought I could tell in 140 characters, posted it, and forgot about it.

The story is this: I was on a crowded train in Boston. I was about 18. There were no seats left, so I held onto a strap. An Asian man moved over to stand right behind me. I thought that was odd... there were other places to stand. Even right next to me would have been fine, but why did he need to stand right behind me? Then I felt him pressing up against me.

At first I thought it must have been an accident. I was profoundly uncomfortable, but said nothing. I gave him the benefit of the doubt, thinking maybe he was oblivious. Then he shifted and pressed into me harder. I still thought he might be oblivious, but I moved over. He followed me and did it again.

Now I was terrified. I looked around me on the train, trying to make eye contact with anyone. I thought about slapping him or kicking him or even just screaming, but I was too paralyzed with fear. No one would look at me. It seemed to me that people were intentionally looking away. This predated our obsession with cell phones, so it wasn't that everyone was preoccupied... people were just staring off into space. There were no workers around, so I just left the train at the next (unfamiliar) stop and walked home.

When I got there, I beat myself up. Why didn't I DO anything? Why didn't I SAY anything? I didn't want to talk to anyone that night. I was too busy being mad at myself for letting this guy get away with it, because I knew it meant he would do it to someone else.

I was brought up to be unfailingly polite. I'd been taught to always respect adults and never to embarrass anyone. But by this time in my life, I knew better-- I knew that politeness could get you kidnapped, raped, beat up, killed.

It had been such a strange experience on the train that I didn't even know how to process it until it was over. I really was naive enough to think that the man was just not realizing that he was pressed up against me in a sexual way-- until he followed me after I moved. Then I knew it was no mistake. I was disturbed enough that I went online looking for stories, to see if this had happened to others. What I found out was that this wasn't a rare occurrence-- it was an epidemic in some areas of the world. There was even a word for it:

Any doubt I had about whether or not it was intentional now vanished for good. This was a crime and men were getting away with it because they counted on women being meek, like I was.

Had this been my only bad experience with men, I would count myself very lucky. It was unnerving, but mild compared to many other experiences. If you've read this blog before, you probably know that I was kidnapped and raped by a serial rapist when I was 10 years old. I took a self-defense class after that, when I was 14, but the sensei kept making comments about my breasts. My first boyfriend was physically and verbally abusive and told me what I could and could not wear and who I could talk to. He beat up any boys he found talking to me in class. I can't count how many times he got suspended from school and I had to covertly apologize to whoever he beat up. He threatened to kill my whole family if I ever left him, and I believed him. The only reason I got away was that he eventually went into the military.

With one notable exception, all the men I dated after that were nice guys. Mostly really nice guys. I never had a thing for "bad boys"-- the first guy just fooled me. Most of my friends were male; I never grew to think that all men (or even most men) were jerks.

I'm not the meek and polite kid I was once anymore, nor am I naive. Having a daughter has made me much more aware of the people around us. When a strange man leered at her in a store and asked how old she was, I didn't make polite conversation and assume his best intentions as I might have before. I walked away. Who knows? Maybe he was a kindly old man and I misinterpreted the "leering." But that's not my concern anymore. I will gladly risk being a little rude in the interest of keeping my daughter safe.

But now let me tell you about the reaction on Twitter.

I didn't know about any of this until today. I'm not sure why, but I never got any notifications of responses. Probably for the best. But today, a friend pointed me to this article: http://www.elephantjournal.com/2014/06/why-i-give-a-damn-about-yesallwomen-adult-content/

It made me go back and read some of the responses to my original Tweet:

You are aware that trains have seats so these things can't happen right?

is that why you love train so much?

Matthew Adams ‏@BeefcakeAvatar Jun 1
It wasn't my fault, it was a bumpy ride.

Shamit4u247 ‏@shamit4u247 Jun 1
oh please, what were you doin when he was pressing himself against you? huh? enjoying yourself?

The Glue God ‏@Spike_X7 Jun 1
Yes it's hard to imagine strangers on a train aren't always checking you out. The nerve of the populace not being glued 2 you

One man spoke up on my behalf and wrote this:

Savage Light Studios ‏@slsprojectz Jun 14
@NotTheBot @GhostwriterJG touched yourself later?I can only say this. You make me sad you really do. I hope your mother reads your feed.

This was the response:

I'm not sure where to even start, but I'll just address that last one... the man ascertained from my profile that I'm a single mom. Therefore, because I had sex with the man who was my husband and it resulted in a child, I "put out" and now any man is allowed to sexually assault me. No, really, that's the logic.

Where do we go from here?

It saddens me that the #YesAllWomen tag that was supposed to help others see what women go through on a regular basis just to stay safe has turned out this way... it's like shining a light on cockroaches. What it's done is to show exactly why we need this movement-- because there ARE lots of other Elliott Rodgers in the world, who feel entitled to have sex with any women they want. Who brag about how many women they've raped. Who get off on intimidating and victimizing us, and then insulting any man who would stand up for us. "White knighting?" Yes, thank you-- we need lots more of those.

Let's be clear: It is not okay to sexually assault anyone at any time under any circumstances.

It's not okay to blame the victim for being victimized.

I'm not normally one to link profanity-laden tirades, but I'll make an exception here. If all witnesses took a stand like this, don't you think rape culture would end? 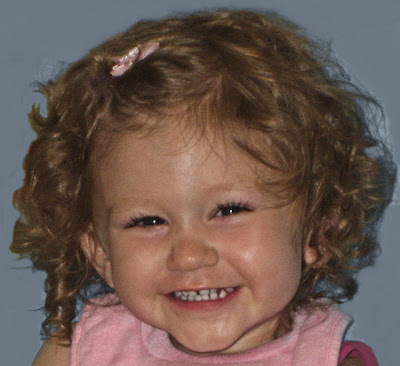