Bullycides and the It Gets Better Project

- September 29, 2010
Last week, Rutgers freshman Tyler Clementi committed suicide by jumping off the George Washington bridge. He announced that he was about to do it on his Facebook page, then he drove there, left his wallet on the bridge, and jumped.

The reason he did this was that his roommate, Dharun Ravi, secretly videotaped him "making out" with another male and announced it on Twitter... then encouraged everyone on Twitter to watch live streaming video two days later when he secretly turned on the webcam again to watch Tyler. Dharun did this from student Molly Wei's room.

First, let me show you photos of these shmucks: 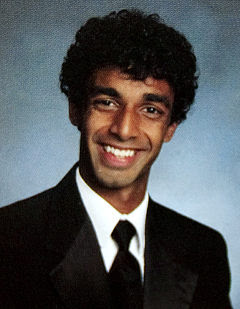 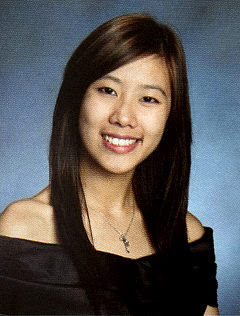 What an adorable pair, no? Molly with her cross hanging from her neck...

The maximum sentence for the top count of the current charges is a 5-year prison sentence for invasion of privacy for each of them.

What I wish is that Tyler had the kind of social support he needed following this kind of cruelty. That's the intent of the It Gets Better project: http://www.youtube.com/itgetsbetterproject

Two gay men started this channel on YouTube as a direct result of hearing about other recent cases of teens committing suicide because of bullying about their sexuality. On this channel, gay people submit videos of themselves talking about how they had it tough as teens, but that their lives got better and that it would not always be this tough for kids going through bullying and taunting about their sexuality.

I hate that we are in a world where this still happens. Bullying is a topic so close to my heart, and I worked on Joel Haber's important book Bullyproof Your Child for Life because I wanted to contribute something to the anti-bullying efforts. I hesitate to link that here because I don't want anyone to make the leap that I'm trying to sell books on the back of a tragedy like this, but dammit, we need to do something. We need to have parents read books like this, go to seminars to learn about what's really going on with the "new brand" of bullying (through social media sites, webcams, text messages, etc.)... in my mind, it's even worse than "classic" bullying because it makes it so much easier to form an anonymous mob-- some kids who wouldn't think of being cruel to someone's face, but have no problem joining in the online laughter at someone's expense.

It's that mob feeling that makes bullying unbearable-- when you feel like a whole crowd of your peers think you're a joke.

I experienced taunting as a kid, for being nerdy. Kids called me "Jenny Gladnerd." Those kids are mostly now my Facebook friends, congratulating me on all my successes as a writer. I'm a proud nerd now. (See? It's even up top on the description of my blog.) But it was hard then. I can't imagine how hard it was for Tyler, or the huge numbers of kids who go through much worse bullying than I did. All I can do is hurt for them and their families, and try to be part of the solution.

The following links will take you to stories of other kids and young adults who've committed suicide as a result of bullying (also known as "bullycide"). Let's honor them and talk to our kids about this, to make sure they never participate in this kind of cruelty, and to make sure they know that if it happens to them, it WILL GET BETTER.